Entanglement is a quantum phenomenon that occurs when two or more quantum systems cannot be described independently from the others. Several experiments have highlighted the fact that this is a genuine quantum property that goes beyond any classical description. One may expect that such a distinctive trait of quantum mechanics have several physical applications. In recent years the quantum computing has dived fully into the experimental realm. Control of quantum systems has improved so much that quantum computing devices have become a near term reality. As more quantum devices are appearing, it is important to find some methods to test their quality when running sophisticated quantum algorithms. The main goal of this talk is to present quantum algorithms to test current quantum computers. First, we introduce the exact circuit that simulates exactly the XY model Hamiltonian. This model can be solved analytically. Then, the results extracted after the experiment can be compared with the theoretical values and the possible discrepancies can be used to test the quality of the quantum device. Next, we present a hard but necessary test for a quantum computer, the simulation of absolutely maximally entangled (AME) states. Since entanglement is behind quantum advantage, quantum devices must be able to generate and hold highly entangled states.

Based on the references: 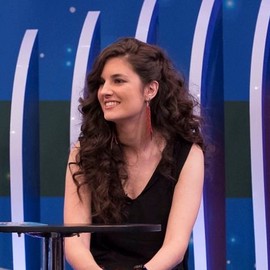